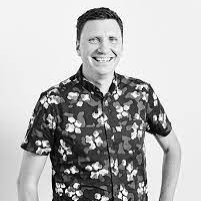 Ben Youdan has worked in tobacco control and campaigning for nearly 20 years in the UK and New Zealand. He was the Director of the UK’s No Smoking Day campaign that supported over 1 million annual quit attempts and worked with the UK defence force on setting up dedicated smoking cessation services for the UK Army and Navy. He has worked for ASH UK, and on the European Commission youth smoking prevention initiative.

Ben moved to New Zealand in 2007 when he was appointed Director of ASH (NZ) until 2013. Since then he has worked as the National Campaign Director for the Green Party of Aotearoa, a campaigns and policy consultant, and is currently the Strategic Policy Lead for the New Zealand Heart Foundation.