A national roadmap for Smokefree 2025

In 2010 the Maori Affairs Select Committee investigated the impact the tobacco industry is having on Maori and New Zealand. The result was a strong recommendation from the committee that New Zealand become smokefree by 2025, and less than 5% of people smoke. The New Zealand government agreed to the goal – a historic move that has set global precedent.

And yet, we do not have a plan on how to get to our goal. 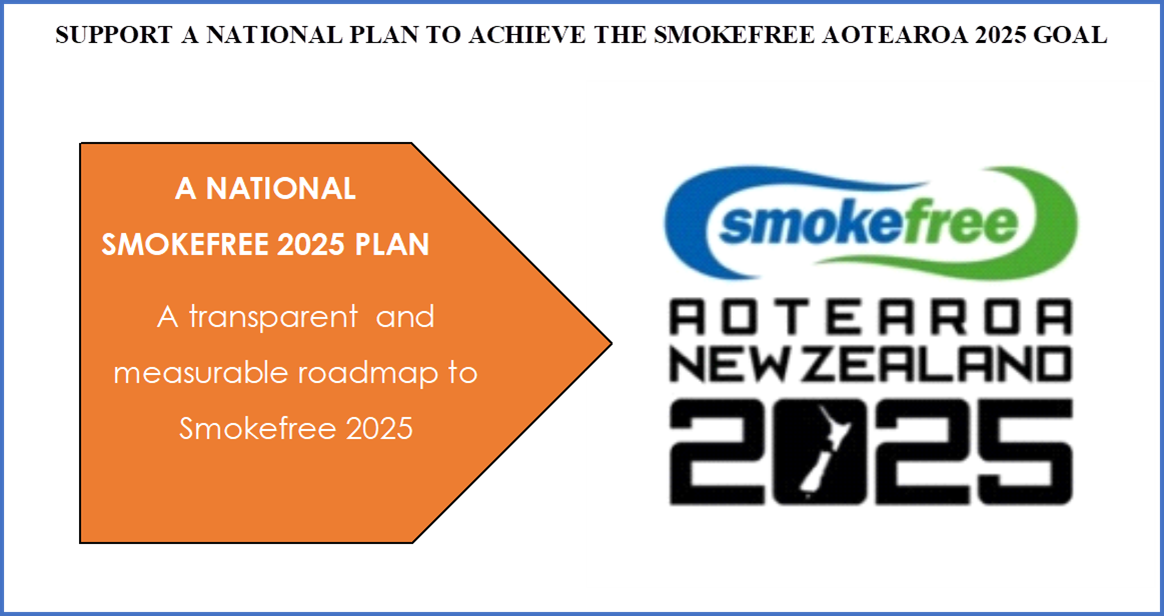 Why do we need a national plan?

Smoking causes the early deaths of 5,500 New Zealanders every year. It is also a leading cause of health inequities; smoking related diseases – cancer, heart and lung diseases – as well as deaths are 2-3 times higher in Māori and Pacifica.

The smokefree sector is unanimous in the call for a national plan to achieve the Smokefree Aotearoa 2025 goal.

A plan to reach the goal has been promised, but not delivered, for the last two terms of Government. 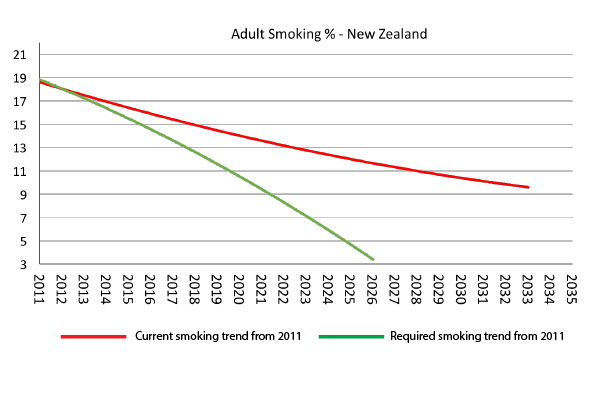 Why is this so important?

Smokefree 2025 has never been backed up with a plan to achieve the goal. There is no national strategy, no milestones and no process to guide progress and action. With less than 5 years until 2025, we cannot afford to wait and see. We need a clear process to decide on the best possible actions, work out how to best achieve them and to review progress.

5,000 people a year are still dying from tobacco use, with a disproportionate burden on Maori and Pacific communities.

What should a plan include?

A five-year plan must:

The investment strategy must recognise that:

What is the government doing?

Minister Dr Ayesha Verrall announced proposals for a smokefree plan in mid April 2021.  The proposals are far-reaching and world-leading. Together, they would form a firm basis for achieving the smokefree goal.

Submissions on the proposals closed on 31 May.  We are now waiting on the Government's response to the submissions.  In the interim, the Government has increased the budget to support the smokefree goal, by $36.6M over 4 years for community-led initiatives and mass media campaigns.  To read more, click HERE.

ASH proposes immediate action on three measures that are easy to implement and have wide support. To view those measures, click HERE.